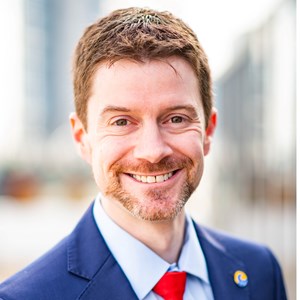 Steve Harrison joined the Hampton Roads Alliance in June 2019. As Vice President of Business Intelligence & Communications, Steve leads the organization’s Business Intelligence division, which serves as a central source of data for the Hampton Roads region and local business environment. He also leads the Marketing & Communications team, directing their work to ensure that the Alliance effectively tells the story of Hampton Roads to a broad audience. Steve previously served as Research Director for the Alliance from 2010-2012. Between that time and his return to the Alliance in 2019, he served as Business Development and Research Manager for Virginia Beach Economic Development.
Steve is a two-time graduate of The College of William & Mary, with both a Bachelor’s in Government and a Master’s in Public Policy. He is actively involved in the community and served as President of the Virginia Economic Developers Association (VEDA) in 2021; he currently serves as VEDA's Immediate Past President. He also serves on the Advisory Board of the Virginia Tech Center for Economic and Community Engagement.